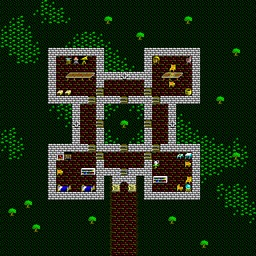 Landon of Yew told you that Lord British's Crown is kept in a room atop Blackthorn's Palace, and Sir Simon told you of its ability that prevents the use of magic. Therefore, you cannot hope to navigate the palace easily. Moreover, Toede, a prisoner in Serpent's Hold, will warn you about the many pit traps in the passageways of the palace.

Kristi, the beautiful cook of Serpent's Hold, will tell you about an armorer of Minoc who sold her some skull keys. You can then go to Minoc and talk to Shenstone the armorer, but you'll find nothing about the skull keys. The hint comes from Delwyn, a beggar from the same city, who suggests you to follow Shenstone around noon. Search the tree where Shenstone goes everyday for five skull keys a day. The Skull Keys open doors that are magically locked despite the magic negation caused by the Crown, but each key is destroyed upon use. Stock them up: since they're free, they're more convenient than the reagents for the "Magic Unlock" spell.

Still in Minoc talk to Tactus the greedy smith. Pretend to agree with his ideas, and he'll tell you about the Oppression, and direct you to the unjust Judge Dryden of Yew. The judge will relay you to archmage Flain in Skara Brae. There, you'll need either "magic unlock" spells or skull keys to access his tower, but also the magic carpet (see above, Stonegate) to shake off the bats that will chase you when you unlock a door. When you talk to Flain, he'll tell the password of the Oppression and direct you to Elistaria in Windemere to confirm your acceptance in the Oppression. The sorceress will give you the Black Badge, that together with the password will grant you free access to Blackthorn's Palace.

Also, in Windemere you can talk to Thrud and acquire the useless Jeweled Arms. 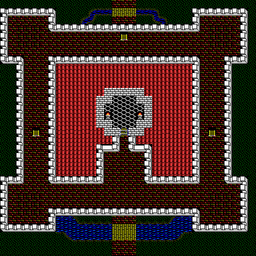 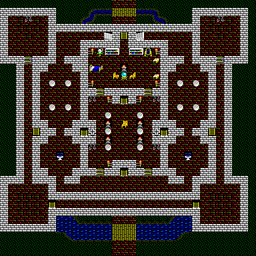 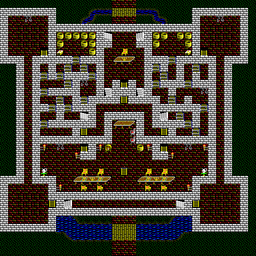 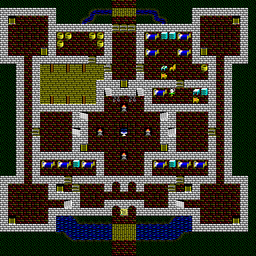 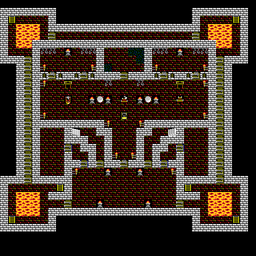 Atari ST port
In the Atari ST port, if you leave a companion at an inn, the party's karma drops to the minimum (thus inflating all shop prices to the maximum). Be aware of this before you let a companion join the party!
Since this makes no sense, it is possibly a bug.

When you enter Blackthorn's Palace, turn immediately either left or right, and climb down the stairs to the dungeons. There, talk to the two prisoners: Hassad will tell you a word of power, Gorn will ask you to join and give you the walkthrough for the castle. Remember to look for the Crown while you're on the palace roof.

In the palace you can also find a Jeweled Sword and a Chaos Sword: the first one is useless, the second one is dangerous for yourself.

Once you leave Blackthorn's Palace, you can thank Gorn by giving him the Jeweled Arms, and drop him at the nearest inn for good, then sell all his equipment for some good gold. Very virtuous!