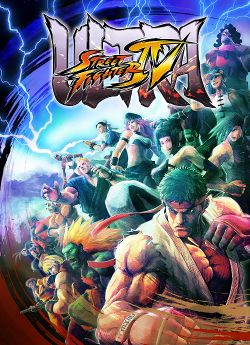 The update introduces six new stages, a different announcer and five new characters: Rolento, Elena, Hugo and Poison (all four of whom had been featured in Street Fighter X Tekken), in addition to Decapre, a member of M. Bison's Dolls, who makes her first playable appearance in the series. It has been revealed that, despite some of the new characters having been recently featured in X Tekken, their gameplay mechanics are substantially different in order to match the game's pace. This brings the total number of fighters to 44. The game also adds a feature called "Edition Select" which, similarly to Hyper Street Fighter II, allows players to select different versions of characters, based on their properties in past Street Fighter IV iterations. Also, the update adds a "Double Ultra" option, which makes both of the character's Ultra Combos available simultaneously, at the cost of them doing reduced damage.

Alongside the usual balance changes, the update introduces some new fighting mechanics. The first is a new move called Red Focus, similar to the regular Focus move, but having more invincibility hits. Also new is a "delayed wakeup" technique, which allows a knocked-down player to slightly lengthen the time before the character gets back up. Finally, based on fan feedback, the update removes most unblockable setups.