Stage 2 takes place inside of a building with a variety of traps and obstacles. Each section tends to have its own theme. (The FDS version is pretty faithful to the arcade, with the exception of having fewer instances of particular traps like spinning blades or metal presses.) 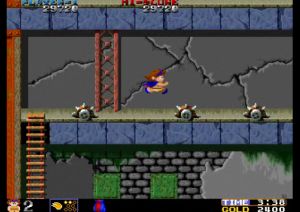 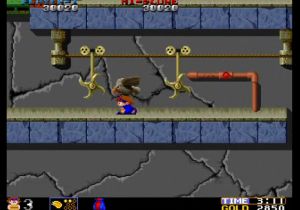 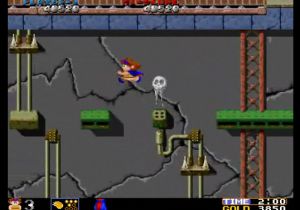 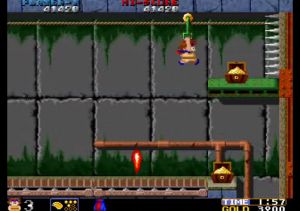 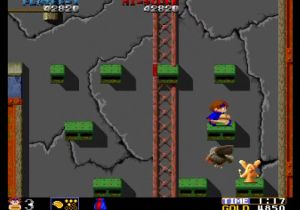 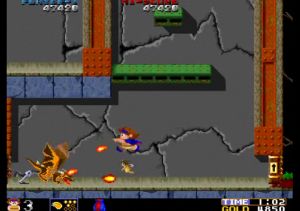 Before you can open the door to the exit, you'll have to defeat the dragon boss. It will look just like the boss of the previous stage, only this boss can breath fire. The dragon drops down to the ground every so often. When he stays there for a moment, he will shoot fire at you. Every other time he drops to the ground, it will be to fly towards you very quickly, which you can stop by shooting him. Be sure to jump over the blast of fire whenever he drops to the ground in order to shoot you. Beyond that, pelt him with flame as fast as you can to remove him quickly. You will have access to the silver key which opens the door to a cell behind the dragon. It will appear that you have rescued a maiden, but when you step through the door, the maiden will reveal herself to be just another hopping hunchback. Shoot the hunchback and collect the gold key, which is the real key to the exit on the right. In the shop, you should now have the necessary $3000 to buy the Sun Fire magic. If you have any left over money, buy a Needle and Thread, and a Clock.