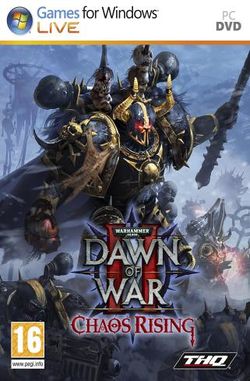 Warhammer 40,000: Dawn of War II: Chaos Rising is a real-time strategy video game for Windows developed by Relic Entertainment and published by THQ. Chaos Space Marines are introduced in this game and all the races in the previous game (Space Marines, Eldar, Orks and Tyranids) are given new units.