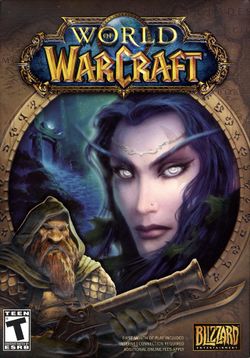 This world is filled with two types of game play: player versus environment (PvE) and player versus player (PvP). In the PvE part of the game, players travel around the world completing thousands of quests with hundreds of interesting story lines, whereas, the PvP aspect of the game pits players against other players in order to gain prestige, power, and peer respect.

In game, players choose to create a unique character from eight unique races and nine powerful classes. Each race in the game has its own interesting look, a look which is further customizable in the character creation screen. As well as look, each race has a series of racial traits and talents which help to give variability in character types. Further helping to individualize characters, each class is give a plethora of skills and abilities which are enhanced as the character gains levels through game play and exploration. With the added ability to freely create multiple characters in the game, change the abilities of an existing character by respecting their talents, World of Warcraft excels at keeping game content variable thus having long-term playability.

As an added benefit, Blizzard Entertainment has put much effort into creating a game that casual players and hardcore players enjoy alike. For casual players, a few quests can be completed in a matter of a couple hours in the evening, unlike other MMORPGs which require playing the game like a full-time job to feel that you've accomplished something. They also implemented a "rested xp" game mechanism and allows for 200% experience gained from destroying monsters which is activated if a player hasn't gained monster XP for a certain period of time, helping casual players to level at a respectable pace. For hardcore players, who have time and desire to put man hours in, there are item rewards for competing in PvP game play which often requires five or more hours daily, as well, completing instanced dungeons which take hours to complete often yield desirable items.