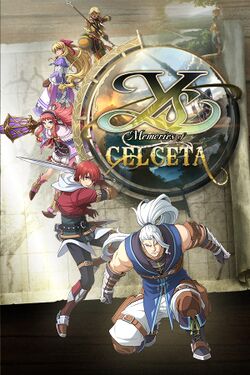 Ys: Memories of Celceta (イース セルセタの樹海, Ys Celceta no Jukai?) is the 4th canonical game of the Ys series. It was originally released for the PlayStation Vita and was later ported to Windows and PlayStation 4. The story takes place after Ys II and before Ys: The Oath in Felghana. The main protagonist, Adol Christin, arrives in the city of Casnan without any of his memories. He meets Duren and together they explore the Great Forest of Celceta.