From StrategyWiki, the video game walkthrough and strategy guide wiki
(Redirected from Ys I & II: Eternal Story)
Jump to navigation Jump to search

Released for PC Engine by Nihon Falcom and Hudson Soft in 1989, It was released as Ys Book I & II for the TurboGrafx-CD in North America in 1990, and was a pack-in title for the TurboDuo in 1992. 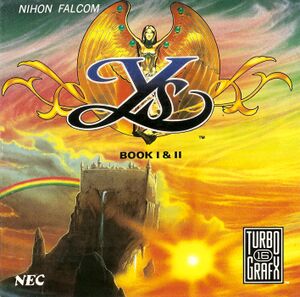