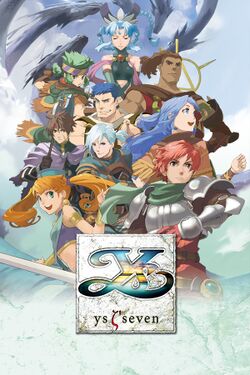 Ys Seven is an action RPG and the seventh main game in the Ys series. It was originally released for the PlayStation Portable and later ported to Windows. It was the first fully 3D Ys game and debuted the party system that would be used in later games of the series. The story takes place between the events of Ys VI: The Ark of Napishtim and Ys IX: Monstrum Nox. Adol Christin and Dogi arrive in Altago seeking new adventures. They are soon arrested after confronting some Dragon Knights that were harassing two flower girls. Knowing of their reputation as adventurers, the King of Altago summons for Adol and Dogi and requests they investigate an ancient shrine that was uncovered by an earthquake.