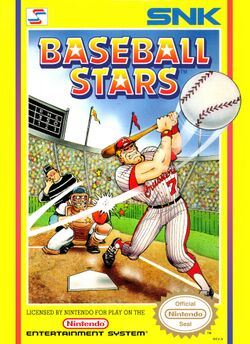 Baseball Stars was the first baseball game to have battery backup on any console, and the first NES sports game to have battery backup. This allowed players to create a team, configure baseball league & play a season, and the game's memory chip stored cumulative statistics. Baseball Stars was also the first sports game for the NES to have a create a player feature, giving gamers the power to name their players, as well as their teams. The game also introduced a role playing element; as each game played earns the winning team money, and the amount won is directly related to the sum of the prestige ratings of the players from both teams (as prestige determines how many paying fans attend the game). The money can be used to purchase upgrades to the various abilities of players currently on the roster, or it can be used to purchase pre-designed players (available in the Rookie, Veteran, and All-Star categories). Also a first, a hidden feature allows players to hire female baseball players.

Baseball Stars allows players to choose one of eight teams to play with or they can go through the process of creating a team from the ground up. The player can choose team jersey, color, logo, gender, statistics, and names. It was the first sports game to have a role playing element in which, through the use of money spending you could boost attributes of your players.

Once you've chosen your team, Baseball Stars allows you to choose one of two game settings. One is Vs. play, were you square off against a friend or the computer in a single game contest. Vs. mode also allows the player to create a custom tournamant of up to 25 games in a bracket style showdown. The other is Season play, were you are entered in a full season of baseball and stats are tracked. You are able to see how your players are hitting and follow their progression.