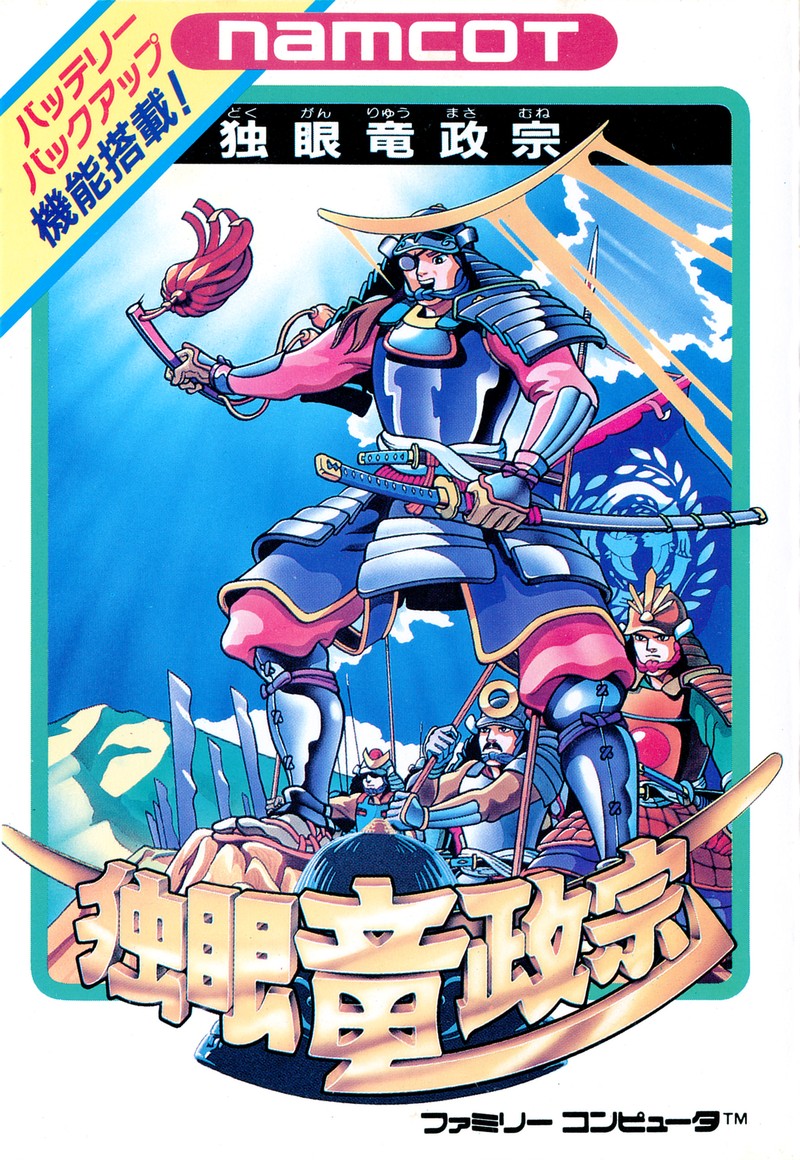 Dokuganryu Masamune (独眼竜政宗, Dokuganryu Masamune?) is a historical simulation game developed and produced by Namco for the Famicom in 1988. It is the third such game to appear on the Famicom inside of a month, including Koei's Nobunaga's Ambition and HOT-B's Takeda Shingen. This game is based on the life of Date Masamune, who held power in Japan during the early Edo period. An outstanding tactician, he was made all the more iconinc for his missing eye, and Date was often called dokuganryu (独眼竜, dokuganryu? one-eyed dragon).

In the game, you play as the warring overlord, and your aim is the unification of 11 regions under one rule. While comparable to other historical simulations released around the same time, this game is a little simpler and features immediate battle scenes, a hexagonal map, and includes mini-games such as a gold mine search and horseback archery. The game keeps a light, almost humorous tone, providing updates in the game via the Namcot newspaper, which shows changes in conversation tone and the emotions of your opponents. The difficulty of the game can be set, there are eight commands, and four types of battle forces. This game was only released in Japan, and has never been translated from the original Japanese.