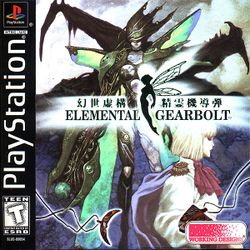 Before the Elemental Gearbolt incident, the world was home to two races, Audo and Sulunkan. The Sulunkan, descendants of a fallen magical empire, were oppressed by the Audo. There are secret resistance groups, but none strong enough to challenge the powerful Audo ruling class. Destiny is set in motion when Nell and Seana, the Sugiku (half breed) daughters of a resistance leader, meet Bel Cain, the Sugiku son of the selfish King Jabugal. Nell and Bel Cain promise to meet again, but other circumstances interfere.