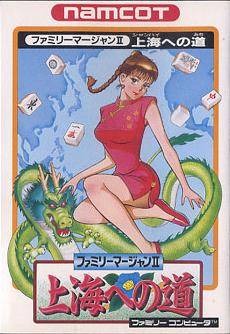 The game is based on a one-on-one version of Mahjong, less common in real-life Mahjong games but the standard for computer adaptations due to the reduced complexity of having only a single AI opponent. Nihon Bussan was responsible for Family Mahjong II's development and was at the time fairly well known for their Mahjong Arcade games.