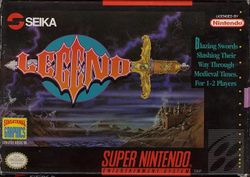 Legend is a beat 'em up game for the SNES. Seika released it in 1993 in North America, and Sony Imagesoft released it in Europe in 1994. Softgold GMBH helped distribute it to Germany. 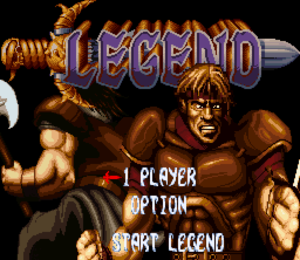 "Beldor the maleficent reigned as a despot over the kingdom of Sellech for one thousand years. All was chaos and destruction. Many knights went on a final crusade to destroy Beldor but none returned.