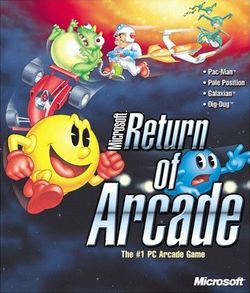 An updated version called Microsoft Return of Arcade Anniversary Edition was released in 2000 to mark the 20th anniversary of Pac-Man. It added the game Ms. Pac-Man but was otherwise the same as the original compilation.