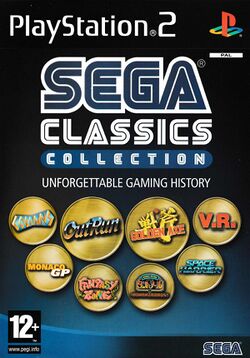 Sega Classics Collection is a PlayStation 2, compilation that contains new 3D versions of classic Sega titles. The original games were released separately as part of the Sega Ages games in Japan. This game is not to be confused with the similarly titled Sega Genesis Collection, which contains 28 classic games in their original form. Three of the games in this collection, (Bonanza Bros, Columns, Golden Axe) appeared in the Sega Genesis Collection.