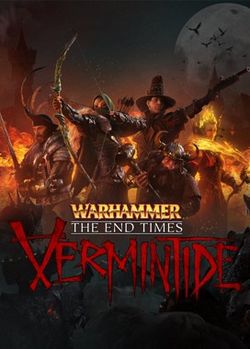 Warhammer: End Times - Vermintide is a co-op first person shooter developed and published by Fatshark. It is set in a great cataclysmic period at the end of the Warhammer Fantasy world, where the city of Ubersreik is invaded by a large swarm of ratling vermin.

The gameplay is similar to Left 4 Dead, with a group of four heroes fight against a large quantity of weak enemies, and an occasional special opponent.