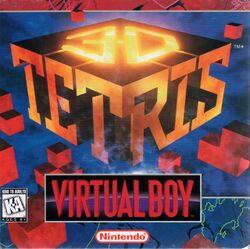 This version of the game of Tetris uses a three-dimensional playing field as opposed to the traditional two dimensions more generally used. The player not only rotates the playing piece horizontally, but vertically as well, which means that the piece has four possible directions in which to move.