Chip is the logical one of the chipmunk duo, and often the ring leader. He has a small black nose, centered buckteeth, and wears a khaki fedora and brown bomber jacket.

Dale is the least intelligent of the chipmunk duo. He has a big red nose, gaped buckteeth, and wears a red Hawaiian shirt. 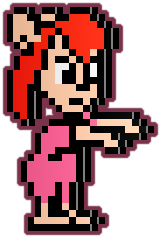 A female mouse who was into tinkering and inventions. She was kidnapped by Fat Cat until she was saved at Zone G. 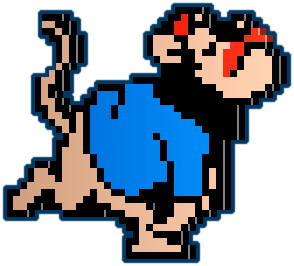 The team strongman of the Rescue Rangers. Has an Australian accent, and has a strong addiction of cheese.