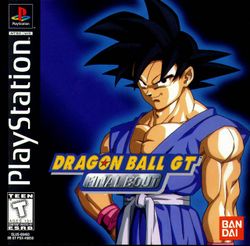 Dragon Ball GT: Final Bout, known in Japan and Europe as Dragon Ball: Final Bout (ドラゴンボール ファイナルバウト Doragon Bōru Fainaru Bauto?), is a fighting game for the PlayStation. It was produced and released by Bandai in Japan, parts of Europe, and North America in 1997. The game was reissued in Europe in 2002 and in North America in 2004. The game shares the distinction of being the first game in the series to be rendered in full 3D, and the last Dragon Ball game produced for the console. There would not be another new Dragon Ball game for consoles until the release of Dragon Ball Z: Budokai in 2002.