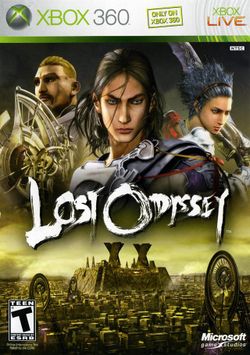 Lost Odyssey (ロストオデッセイ, Rosuto Odessei?) is an RPG developed by Mistwalker exclusively for the Xbox 360. The player takes control of Kaim, a man who has lived for 1,000 years, with no memory of his past. The game's story revolves around a world nearing a "magical industrial revolution", and Kaim's part in this story. Kaim, who seems to want to forget his past, struggles with the return of his memories and the pain they bring.

Lost Odyssey is produced by Hironobu Sakaguchi, the creator of the famed Final Fantasy series. This is his third project outside of Square Enix, following ASH: Archaic Sealed Heat and Blue Dragon.