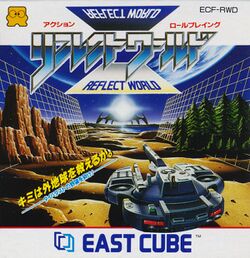 Reflect World is not a pure Shooter containing several Zelda-like elements such as exploring the world to find items and upgrades. Menus are in English, but there are many important items with no name or description provided in-game, so access to the manual and an understanding of Japanese would be required to get the most out of the game.