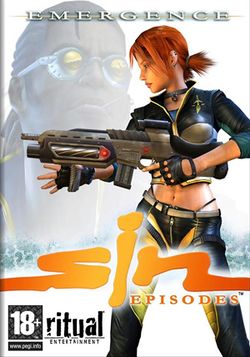 SiN Episodes is a first person shooter released in 2006. SiN Episodes: Emergence was intended to be the first of nine episodes as a sequel to SiN. However, this was the only game released in the series.

The game starts with the hero, John Blade, being captured and escaping from the laboratory after being injected with an unknown substance. In an attempt to discover the cure, Blade follows both Viktor Radek and Elexis Sinclaire to destroy one of the U4 labs and recover the antidote for the mutagen.