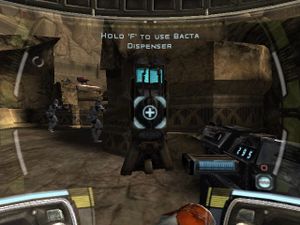 Heal up here, but it's not like you'll be hurt again in this level.

This is the first mission in the game, it teaches you the basics and is really easy because none of the lasers will hit you, first after you gain control, go straight forward and to the left, you will be hit by an anti-infantry round and will need to heal so keep going forward and use the bacta facility to do so, then go and slaughter the troopers to the left.

Now get the ammo to your left and follow the arrow to the troops, shoot the barrel to wipe out all of them, now go down underground. The enemy's troops are on the left, after you have killed them turn around quickly for some more to kill then go back for ammo. 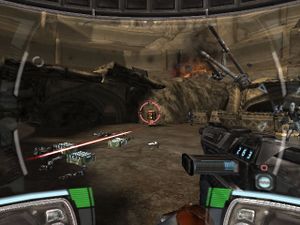