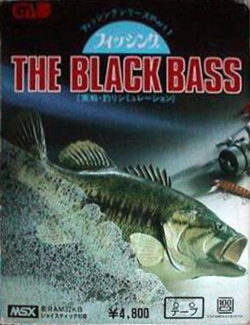 The Black Bass is a fishing game released for the MSX in 1986 and the Famicom near the beginning of 1987. It was developed and published by Gamu (later known as HOT-B). The Famicom version is the first fishing simulation developed for the platform, and the gameplay combines fishing with several RPG-like elements. The game was only released in Japan, and never translated into English, although its sequel The Black Bass II was translated and released in the United States simply as The Black Bass.