This is the first game in the Amped series. For other games in the series see the Amped category. 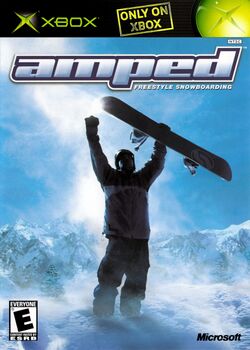 Amped: Freestyle Snowboarding is an Xbox exclusive snowboarding video game. Released during the Xbox's launch, Amped is a snowboarding game focused on the tricks, instead of the racing style of play given by Electronic Arts' SSX which launched with the PlayStation 2 in the previous year. The success of Amped was solidified by the successful launch of the sequels, Amped 2 and Amped 3.

Utilizing the Xbox's built-in hard drive, Amped allowed for entire mountains to be loaded simultaneously, permitting completely freestyle runs modeled on real resorts, rather than the linear courses of other snowboarding titles.