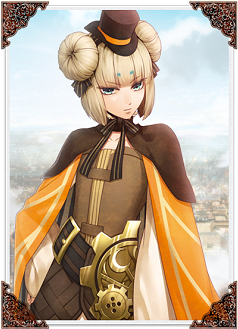 Finis is the director of Twilight, a British intelligence organization willing to do the dirty work of the empire without alerting the public to its heinous actions. Despite his youthful appearance, Finis is as cold and ruthless as the organization he runs, happily tormenting Cardia and her friends throughout the story. Cardia first encounters Finis on the train in the fourth chapter of the common route, where he reveals his position in Twilight as well as his startling relation to her. While he claims to be her brother, his desire to make his sister suffer would suggest otherwise. Still, regarding their father, Finis seems to have some abandonment issues of his own.