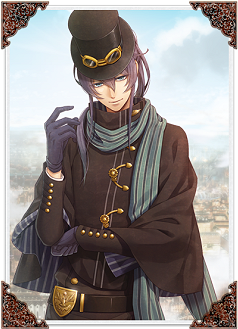 Herlock Sholmes is a detective bearing a name strikingly similar to that of the character first introduced in 1887 by British writer Sir Arthur Conan Doyle, Sherlock Holmes. Like the character, Herlock is a private detective with a knack for solving crimes based on keen observations and incomparable instincts. Sholmes encounters Arsène Lupin and Cardia on the train in the fourth chapter of the common route, where he outsmarts the gentleman thief in a surprising showdown. Ever since, Sholmes has presented something of a threat to the group, as he works with the British police force which seeks to capture them. However, Sholmes seems to have a motive of his own for being in London, separate from Scotland Yard and Twilight.