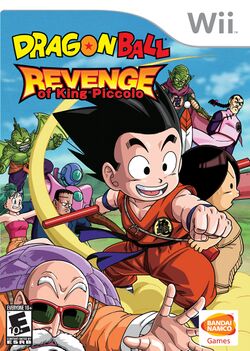 Dragon Ball: Revenge of King Piccolo, released in Japan as Dragon Ball: World's Greatest Adventure (ドラゴンボール天下一大冒険 Doragon Bōru Tenkaichi Daibōken?), is a video game based on the anime and manga series Dragon Ball. It was developed by Media.Vision and published by Namco Bandai under the Bandai label. It was released in Japan on July 23, 2009, and in other territories in October of that same year.

The game is an arcade style beat'em up and platformer that allows players to take on the role of series protagonist Son Goku as he fights to stop both the Red Ribbon Army organization and later Piccolo Daimao from collecting the Dragon Balls to complete their plans for world domination.