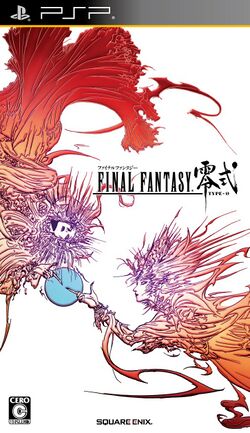 Final Fantasy Type-0 (ファイナルファンタジー 零式, Fainaru Fantajī Reishiki?) is a game published by Square Enix for the PlayStation Portable and was released in Japan on October 27, 2011. The game was originally announced with the name Final Fantasy Agito XIII (ファイナルファンタジー アギトXIII, Fainaru Fantajī Agito Sātīn?); "Agito" roughly meaning "to put in motion" in Latin. Director Hajime Tabata said he liked the Agito title, but the name didn't have much to do with the game Final Fantasy XIII. With the name change, they want to develop Type-0 into a series. Even though the game no longer has "XIII" in its title, the game still uses the Fabula Nova Crystallis mythology. While a release outside of Japan has not been announced, Tabata is trying to appeal to North American players in his direction of the game.