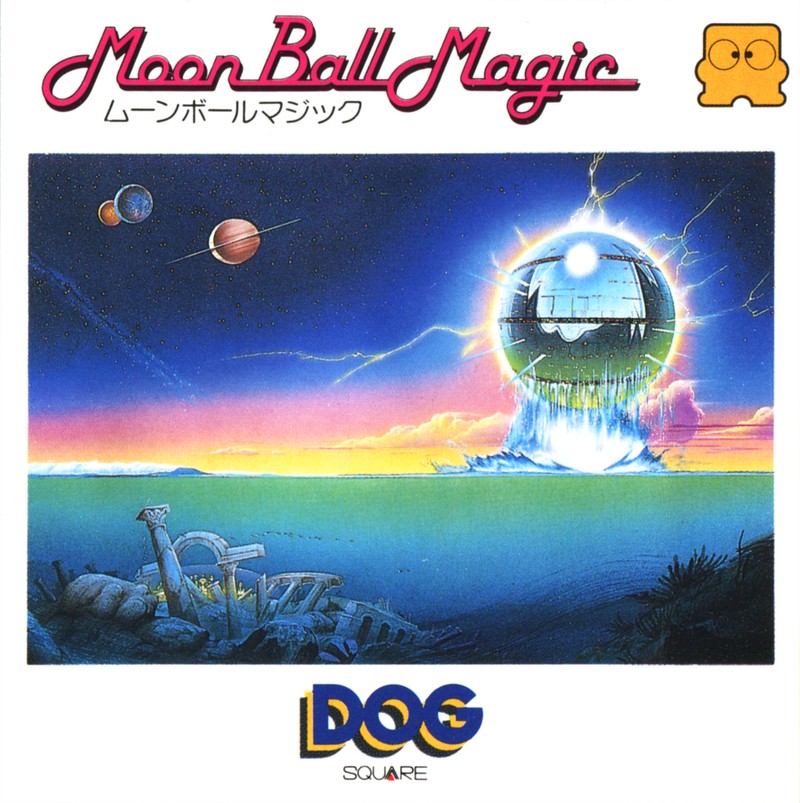 Moon Ball Magic is a pinball simulation game developed by System Sacom for the Famicom Disk System, and published by Squaresoft in Japan under their DOG label in 1988. Like the game Fire Rock, it also prominently features the name of developer Mark Flint. It was released exclusively through the Famicom Disk System's "Disk Writer" service, where the player must write the game onto an existing FDS disk before playing it. This and Akuu Senki Raijin, released on the same day, would be the last games ever published through the DOG label, as Square decided to focus on cartridge releases for the Famicom after the success of Final Fantasy.

The game starts out by depositing the pinball in the middle of a simulated pinball table. However, once the ball is shot into one of the holes on the play field, the game enters an elaborate intro sequence which the player can control. The game contains 11 stages, each of which contain a target hole that the player must hit the ball into in order to advance to the next stage. The stages get more elaborate, and more moving obstacles appear to interfere with the behavior of the ball. In addition to controlling the flippers, the control pad can also be used to "nudge" the ball in either direction, although the effectiveness of this varies.