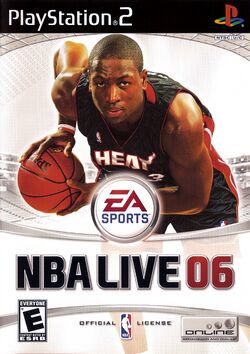 NBA Live 06 is the 2006 season installment of the NBA Live series of basketball games. The game was the last NBA Live released on the Nintendo GameCube and the first to be released on both the Xbox 360 and PlayStation Portable. The cover features Dwayne Wade of the Miami Heat.