This is the first game in the Rayman series. For other games in the series see the Rayman category. 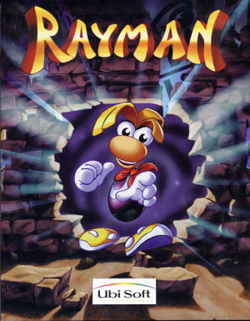 Rayman is a 1995 side-scrolling platform game developed by Ludimedia (now Ubisoft Montpellier) and published by Ubi Soft. The first installment in the Rayman series, the game follows the adventures of Rayman, a hero who must save his colorful world from the evil Mr Dark.

Originally designed for the Atari Jaguar in 1995, a PlayStation version was developed and released around the same time, and further ports were created for MS-DOS and Sega Saturn in 1996. It has appeared in various other formats, such as Game Boy Advance, PlayStation Network and DSiWare.