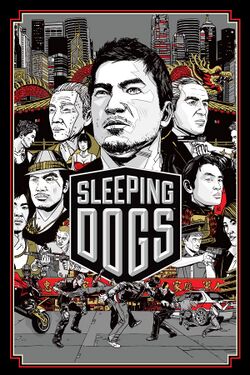 Sleeping Dogs is an action-adventure game that was developed by United Front Games and published by Square Enix. It was originally released for the PlayStation 3, Xbox 360, and Windows in August 2012.

A remastered version, titled Sleeping Dogs: Definitive Edition, was released for the PlayStation 4, Xbox One, and Windows in October 2014. It included all previous DLC along with other enhancements. The macOS version was developed and published by Feral Interactive in March 2014.

The game features an open world set in Hong Kong where you can complete various activities including missions, finding collectibles, and competing in races. You play as Wei Shen, an undercover cop, who infiltrates the Sun On Yee, a Triad organization. His loyalty is tested as he works to take it down from inside.