From StrategyWiki, the video game walkthrough and strategy guide wiki
(Redirected from PlayStation 3)
Jump to navigation Jump to search

The PlayStation 3 features online capabilities, such as a buddy list, messaging, voice chat, online multiplayer gaming, and an online store from which full games and game add-ons can be purchased, and game trailers, movie trailers, playable demos, and wallpapers for the XMB can be downloaded for free.

In addition to video games on Blu-ray Disc and games downloaded from the PlayStation Store, the PlayStation 3 can play Blu-ray Disc movies, and movies and music files both stored internally or from an external source such as CD, CD-R,CD-RW, DVD-R, or a USB device. All PlayStation 3 models are capable of playing PS1 games, but only some original models can play PS2 games. 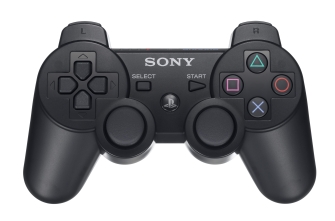