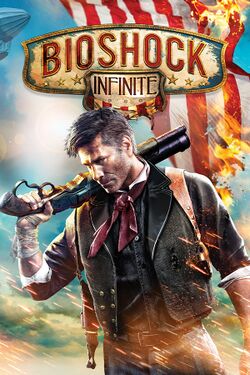 BioShock Infinite is a FPS that was developed by Irrational Games and is the third game in the BioShock series. It was released for Windows, PlayStation 3, and Xbox 360 on March 26, 2013. It was later bundled with all previous DLC and released as BioShock Infinite: The Complete Edition on November 4, 2014 for the same systems. Starting in September 2016, it was remastered and included with the previous two BioShock games in the BioShock: The Collection. The remaster was released for PlayStation 4, Xbox One, Windows, and Nintendo Switch.