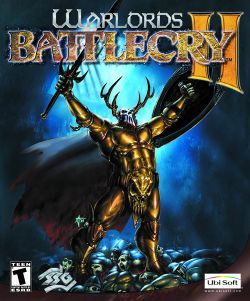 The game is set within the world of Etheria. In the campaign the player must take control of one of the twelve races and capture all sixty-seven regions of the land in a non-linear manner. The player does this whilst assuming the role of a "Hero" which he or she has created. There are twelve different playable races, each with their own type of Hero, buildings and resource dependencies.