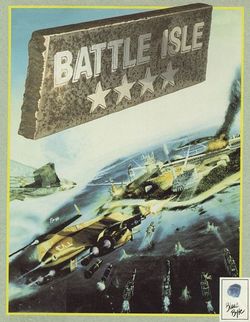 Battle Isle is a turn-based tactics computer game developed by the German developer Blue Byte Software. The storyline is set on a fictional planet called Chromos, whose society is technologically more advanced than that of contemporary Earth.

Battle Isle was developed by the Drull (the inhabitants of the planet Chromos) with the goal of finding the Great Strategist who can aid them in their battle against the mighy TitanNet. The game was bought by the earthling Walter Harris, who (as the player), is taken to Chromos to lead the drullian forces.