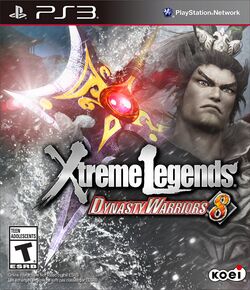 Dynasty Warriors 8: Xtreme Legends (真・三國無双7 猛将伝, Shin Sangoku Musou 7 Moushouden?) is an expansion for Dynasty Warriors 8, adding new stages, weapons, and characters. With disc swapping, it is possible to play with the new additions in the original game, but it can also be played as a standalone game.

It is included with the base game in Dynasty Warriors 8: Xtreme Legends Complete Edition.