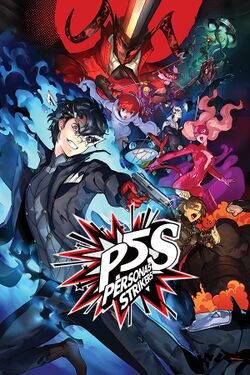 Persona 5 Strikers is a sequel to the RPG game Persona 5 and Royal. Unlike the previous game there is some major changes while respecting the source material. While it retains the trademark hack and slash Dynasty Warriors formula, you can use your persona and using unique moves from all major characters. The addition is Sophia who is by a parellel world a human AI but in the real world, is forced to use your cell phone for assistance and information sharing. The new police detective is forcing you group to help solve cases all around Japan instead of just basing it all in Tokyo. Unlike the previous game, you won't get to interact with people much but also acts as a base to progress the story.

The synopsis is your gang is going to have a summer vacation in which the new app EMMA becomes a key theme, similar to the last game and it's up to you and your gang to solve the purpose of the mysterious app and find who is behind this that follows a similar pattern of getting adults heart turn over into the good side, while visiting locations around Japan. Although elusive, your gang has enough experience to handle a much greater challenge than before.