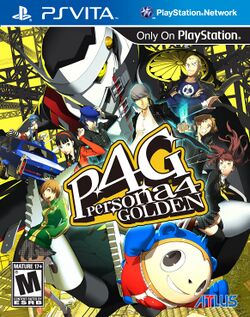 Persona 4 Golden is an enhanced version of Persona 4. Originally made for PlayStation 4, it's been ported over to PlayStation Vita. Like the previous titles before this, this game received lots of additions and improvements. Most notably, a new character to interact with. More recently, this game has been enhanced and ported over to the PC, Switch, PlayStation and Xbox HD consoles.