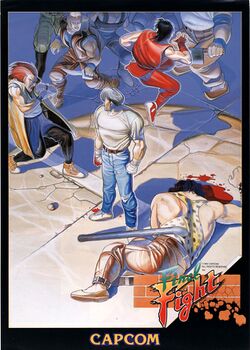 Final Fight has been ported to a wide variety of platforms. Some of their box covers are displayed below.