From StrategyWiki, the video game walkthrough and strategy guide wiki
(Redirected from Gradius Collection)
Jump to navigation Jump to search 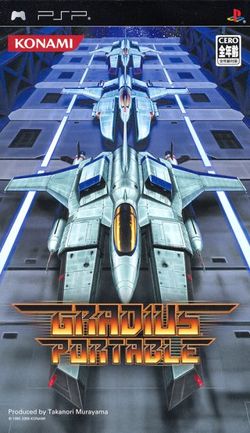 Gradius Portable, known outside of Japan as Gradius Collection, is compilation of five Gradius games, converted for play on the Sony PSP. The games were reprogrammed to take advantage of the PSP's wider display, as well as allowing players to play each game in their original aspect. Four of the game were taken directly from the arcade game, but the last was of a Japanese only release for the PlayStation. It is a compilation of the following games: