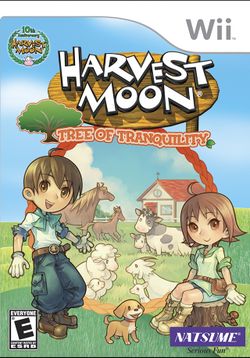 The player has moved to an island town that was once enchanted. However, the sacred tree of the island has died, and the island's deity has vanished. The island has lost its connection with nature and its inhabitants don't know what to do. By growing various crops and herbs, tending to and befriending animals, forming friendships, and raising a family, the player can help save the island by bringing its tree back to life.