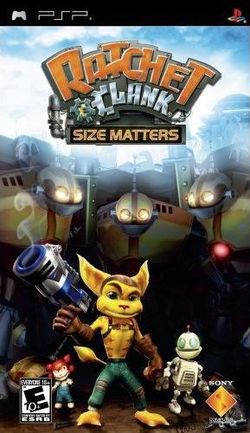 While on a vacation on Pokitaru, Ratchet and Clank meet a little girl named Luna who is writing a school report on heroes. Shortly after meeting Luna, she is kidnapped by mysterious robots. Clank then stumbles upon a mysterious artifact from an ancient race, the Technomites. Ratchet and Clank then set out to save Luna. Clank suspects that Luna is actually a robot controlled by the Technomites, using the same wording Ratchet did in the original game when Clank is fooled by the Captain Qwark robot. In the process, they discover the forgotten race of smart but diminutive inventors, and also encounter Captain Qwark, who is attempting to find his birth parents.

You take control of Ratchet and sometimes Clank as you embark on an adventure to rescue Luna, discover the secrets of the Technomites, and perhaps hlep Captain Qwark find his parents along the way.