When this chapter begins, Jimmy will report that ghosts have been spotted by Metropolis' two universities. Lois will tell you the locations of these two universities: Nordham U. is in Mt. Royal, and Metropolis U. is in Andersonville. The editor naturally wants Clark to get the scoop about the disappearing professor. 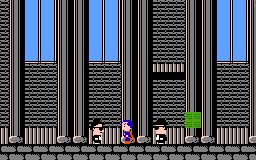 When you exit the Daily Planet, you will find that the zombies have been replaced with gun toting criminals once more. Head to the phone booth to transform into Superman. How you choose to visit the universities is entirely up to you, but the fastest method is to use your Super Flight power to fly to Mt. Royal or Andersonville. However, if you already took the time to fight the "ghosts" in front of Nordham U. during Chapter 2, visiting again will yield little in terms of discovery. Instead, focus your energies on arriving at Metropolis U. in Andersonville. Once you get there, you'll encounter two FBI agents. One will tell you something you should already know: using X-Ray Vision allows you to see invisible enemies. The other will suggest that the police may know something about the missing professor. 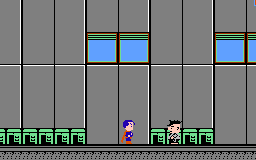 Your next stop should be the Metropolis Police Station in Teaboro. Run to the left to reach the subway entrance in Senneville which leads to Teaboro. After riding the subway, head to the left to reach the police station. A policeman inside will report that someone saw someone who looked like the professor in Centennial Park. At that point, your Super Hearing will pick up a cry for help coming from the park. If you have some energy in your Super Flight meter, it would be a good idea to fly as close to that region as you can, in an effort to save some time. Don't forget that you can only collect Super Flight power refills by fighting enemies indoors.

You can reach Centennial Park either by flying, or by taking the subway from the east side of Andersonville. The area near the subway entrance features friendly but unhelpful citizens. The left side of the park (where you land if you flew here) has some gun-toting gang members, an ornate gate at one end, and a ladder leading underground. The ladder is where your investigation will lead you next. 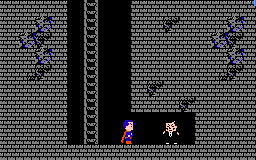 Once you climb down, you'll find more criminals who are all too eager to shoot at you. You won't be able to do much to dodge the bullets that get fired at you when you are walking through a low tunnel, so be sure to jump all the other bullets that you possible can in order to keep Superman's strength up. The first level of the tunnel features two ladders that lead down. They both take you to the same passage below. Down in the second level, however, you will find two ladders on either side that go deeper. The left one leads to a dead-end, while the right one leads you to your target: the kidnapped professor.

The professor will explain that someone named Jay Falk forced him to reprogram a huge computer, and that something must be done or Loss Webster (meant to be Ross Webster, the villain in the third Superman movie) will control all of the world's computers. Superman must destroy the computer. From here, you must climb back out of the passage and return to the surface. Once you're back in Centennial Park, you just have to figure out where the computer is located. 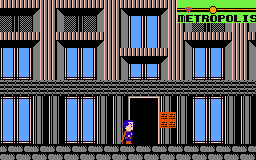 If you remember back in Chapter 1, you may have passed a building called the Computer Center along the way. With no other clues to point you in a different direction, this is probably the best location to try. If it's possible, flying back to McKeesport will save you a lot of time. Otherwise, start running to the subway entrance which takes you back to the Daily Planet, and then run to the right. After you pass Jewels by Alexander, you will reach the Computer Center. Step inside. 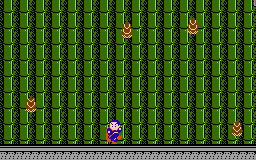 The first floor contains four gunmen. It can be difficult to defeat all four of them because the right most one may run off the screen, but if you do, you'll receive a Super Spin upgrade as a reward. The room to the right is an odd room which appears to have bamboo in the background, and a collection of brown bugs scurrying around. You can't destroy the bugs, but when you punch them, they seem to float slowly away. Attacking one specific bug will cause a clue to appear, saying that to destroy the computer, you must break in and attack the center. Return to the previous room and drop down one floor. Defeat the four gunment here, and earn a Super Flight upgrade. Drop down to the third floor below. 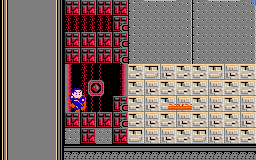 This floor contains a few gunmen. In the back (left side) of the room lies the computer. The computer is defended with a laser security system that fires on intruders. You'll have to evade the lasers and jump into the core of the computer, where you will be safe from the lasers. Simply stand there and punch the core until it is defeated. It will mention that the terminals of Metro Tower have stopped, and that control over the tower has been released. You will also be given a Heat Vision upgrade.

Once again, you are given no explicit instructions on where to go, but with Metro Tower mentioned twice by the computer, it's a safe bet that this is your next destination.

From the Computer Center, run to the right, and the very next building you reach will be Metro Tower. Head inside. The first floor contains two gunmen and an elevator in the back. Defeat the gunmen and hop inside the elevator to get a lift to the top floor. At the top will be two more gunmen. Defeat them, and fall down to the next floor. 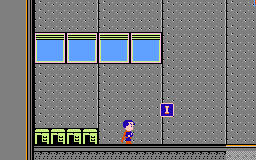 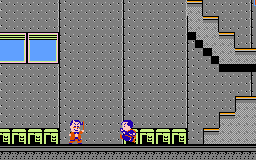 Who is Jay Falk
Jay Falk is a corrupt politician with ties to organized crime, who only appears in one issue, The Adventures of Superman Vol 1 Issue 428, in May 1987.

At this point, your health may be fairly low, and you may be worried about going in to a boss battle. If so, you can attempt to visit the floors above. If you collected the upgrades from them, they will contain different sets of enemies that provide you with items when defeated. Some may provide blue power crystals. When you feel prepared, drop down to the bottom floor. You will find four gunmen, and the boss of this chapter, Jay Falk. Jay carries a staff, but he is really no different from the other bosses you have you faced. Stand your ground and let him run into your punches. If he leaps in the air, move away from him until he lands, and repeat the process of punching in his direction.

If you are successful, the Daily Planet will report that Jay Falk loses control of the computer center, and the professor is rescued. Then you will find out that Lex Luthor has challenged Superman by stealing from the Art Museum.