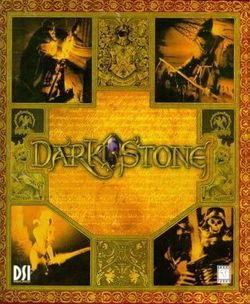 Darkstone (called Darkstone: Evil Reigns in the United Kingdom) is a Role-Playing Game by French developer Delphine Software International released in 1999. Darkstone has many similarities to Diablo, particularly in the user interface.

The user interface is similar to that of Diablo (the developers of Darkstone acknowledge the earlier game as an important influence). Characters can be moved around by simply clicking on a location. Clicking on an enemy initiates an attack. Clicking on an item picks it up. Each character has an inventory that can be opened. Items can be rearranged or removed.