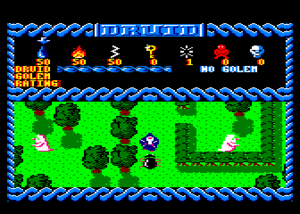 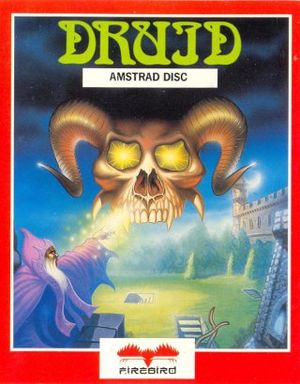 Published in the UK by Firebird Software in 1986. Quite possibly the most sophisticated looking of Firebird's original home computer releases. 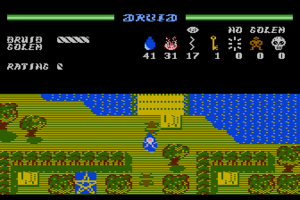 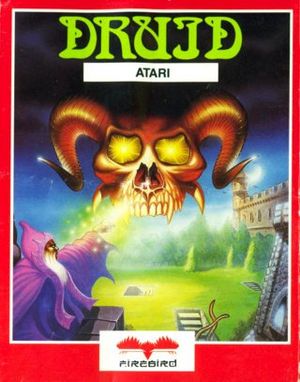 Published in the UK by Firebird Software in 1987. Probably the most simplistic looking of Firebird's original home computer releases. Casting Chaos fully restores the druid's health. 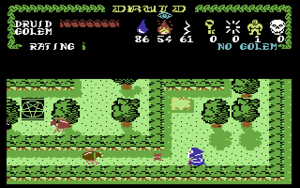 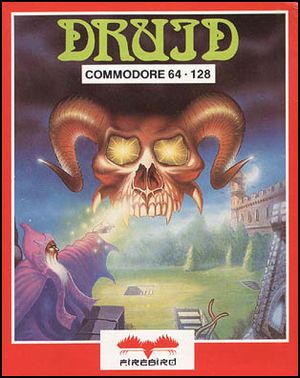 Published in the UK by Firebird Software in 1986. Graphically somewhere between the Atari and the Amstrad CPC versions. 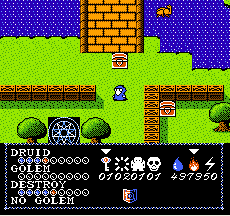 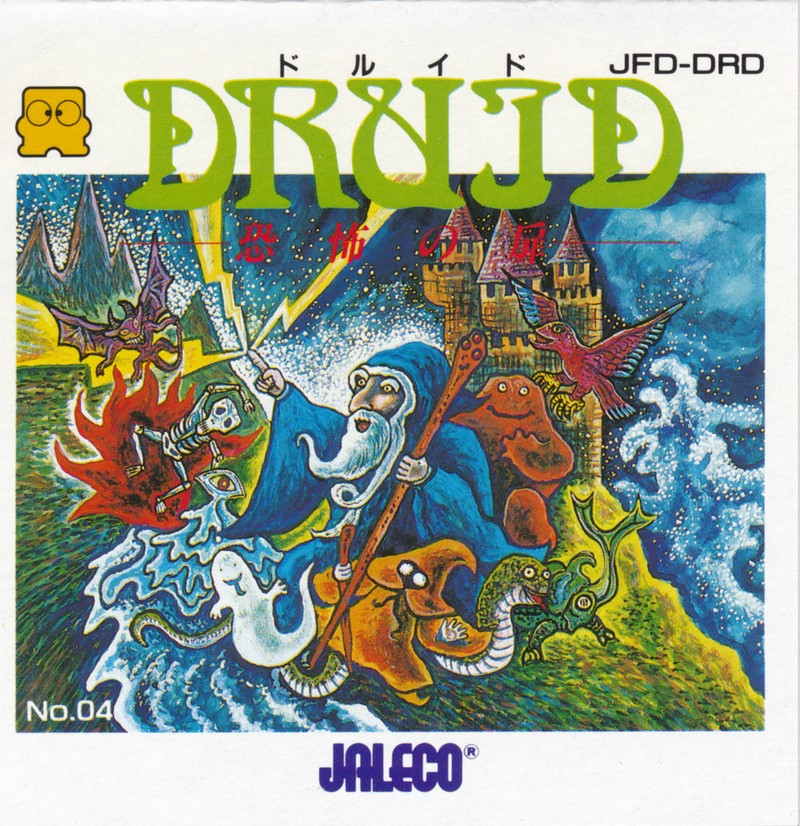 Published in Japan by Jaleco in 1988. The most significantly altered version of the game, in an effort to modernize it and incorporate concepts from other popular Famicom games.

The Destroy meter
Instead of displaying your rating as it accumulates throughout the game, you are instead shown a Destroy meter. The meter has ten bubbles which are red when half full, and blue when full. You fill half of a bubble for killing each enemy. When twenty enemies are killed, the meter will be full. At that time, the meter will empty and your druid will gain a small boost in health.
Treasure items
In addition to obtaining spells from the treasure chests, you can also obtain Items. Some items are helpful, while others weaken you. In general, items that are helpful lower your rating at the end of the game, while possession of harmful items raise your rating. Like spells, you can only choose one item if a chest has more than one to offer.
Demon prince skull locations
The original game places all four skulls on the last four floors of the game. The FDS version moves the skull from Floor 6 to Floor 3, spreading the skull appearances out more evenly throughout the floors. They now appear on Floors 3, 5, 7, and 8. The 5th, 7th, and 8th floor skulls are in the same locations as in the original. The 3rd floor skull appears right next to the staircase to Floor 4.
Enemy behaviors
Skeletons appear on the screen, and then disappear shortly after. Devils tend to fly off in one direction and rarely change direction. In the original game, wraiths are simply a basic enemy which appears and attacks like many others. In the FDS version, wraiths only appear if you remain in one place for too long. They harm you by merely appearing somewhere on the screen, before blinking out and appearing somewhere else.
Final boss
After the demon prince skull on the eighth floor is destroyed, and you travel through the staircase, there is a long battle against a final boss which has two phases. The boss must be defeated in order to see the ending and receive your rating. Depending on your rating, one of three different ending scenes will be shown. 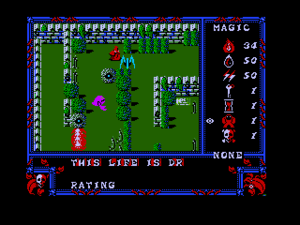 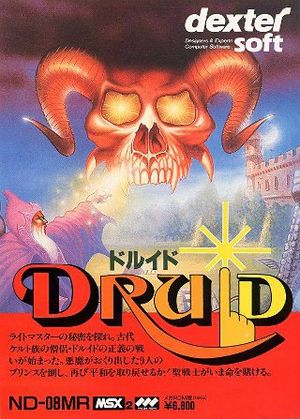 Published in Japan by ippon Dexter in 1988. Heavily altered from the original. Flame barriers are present on the floors. Sub-dungeon rooms include mini-boss like fights. Scrolling is very rough and choppy. Spell selection must go all the way through all seven spells before returning to the start of the attack spells. 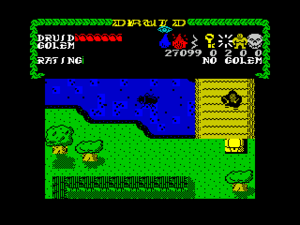 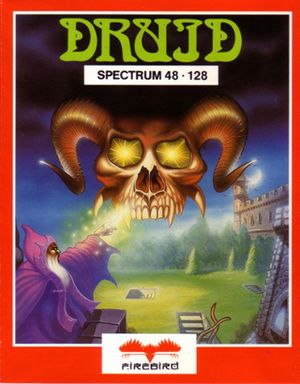 Published in the UK by Firebird Software in 1986. Each sprite is very detailed, but is composed of only one color.