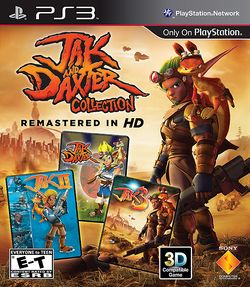 The core game and story for all games remains unchanged with the remastered versions. For the remastering, all three games have had a graphics overhaul to allow them to support modern 720p HD resolution with smoother gameplay animation. With the more powerful PlayStation 3, all three games feature a fixed frame rate of 60 frames per second in normal mode, while in 3D mode the games run at 30 frames per second. All three games have PlayStation Network trophy support.