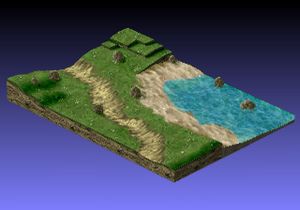 Here you can either take on the battle normally, focusing on having Ash take out the slimes in a clockwise (or counterclockwise, depending on where he is confined to start) order, or attempt to go after the Mystic in the northern corner of the map with Ash while the others try not to get hurt by the slimes. Chances are pretty good that Ash can take out 1 or 2 slimes on the way to the Mystic without jeopardizing the mission, but the Mystic can be a tough fight at the beginning of the game. Still, with a handful of the most basic phantoms available at this point in the game, it shouldn't be hard to win this battle and get accustomed to the way the game's system works. Once the battle is finished, return to Phantom Isle and heal any characters that took some damage. With any remaining money create a couple of new phantoms to use in further battles (and note that some phantoms will do things while on the island as well that are worthwhile as Marona and the others are out fighting). At this point the available phantoms should be the Dungeon Monk, Merchant, Healer, Witch, Valkyrie, Fighter, Soldier, and possibly the Mystic. 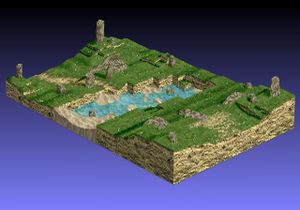 Barren Earth is the next battle on Terra Firma. Note that the reddish slime nearest the characters is giving the remaining enemies an experience x2 effect, so it's best, if possible, to leave that slime alone until the others are taken care of. There's also a Blacksmith in the northern section of the map you will want to go after if possible. 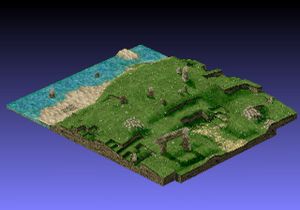 Primitive Altar is the next battle, and this time you face Raphael, the leader of the White Wolf Army and invincible swordsman. Although Ash doesn't seem convinced, which may be just as well.

Raphael? shows up with nine slimes, so even if he doesn't turn out to be the invincible swordsman he claims, it will still be the toughest fight Marona's faced yet.

After the battle with Raphael, Marona gains her reward and everyone returns to Phantom Isle. You should be able to create slimes at this point, and after talking to everyone, creating new phantoms, and leveling up items with the Blacksmith, it's time to read the mail and prepare to head to Vapor Island.

You may want to return to Terra Firma to level up a little. Additionally, return to the areas you've already fought in once to find new enemies, as well as a couple of new characters to recruit (specifically Owl Knight and Owl Sentry at Primitive Altar).