Tim is the protagonist of Braid. The character the player takes control over. Not much is revealed about Tim's personal life through the game. He sets out on the journey of Braid because he's looking for "the princess", who has been snatched away by "by a horrible and evil monster." His relationship with the princess is unknown, but it's made clear that Tim has made some kind of mistake which he hopes to reconcile. Tim has the ability to manipulate time and uses it throughout the game to help right the wrongs he's made and reconcile with the princess. It is revealed at the end of the game that Tim might not be the hero of the game at all, as he himself seems to be the "monster" terrorizing the princes.

For Tim, the ultimate goal is to get to the princess and save her from "the monster". Her relationship with Tim is not thoroughly explained and riddled with allusions. The game even hints at the possibility that she does not actually exist. By Tim's accord, she made the decision to turn away from Tim because of various "mistakes" he made, she feeling betrayed. Up until the final level of the game she acts as nothing else but a trophy for Tim to pursue, having been kidnapped by "the evil monster". But it is revealed that she is willingly trying to escape Tim. In the games true ending, Tim manages to catch up to the princess and as a result she explodes. 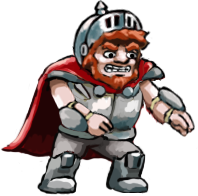 As Tim puts it, a "horrible and evil monster" has snatched the princess away from him. Most likely this is meant as an allusion to this knight. He reveals himself in

1-1 Braid trying to steal the princess away and creates a terrible inferno when she slips from his grasp. It is later revealed that those events were all backwards, and the princess is saved by the knight from Tim, who might possibly be the real "horrible and evil monster." 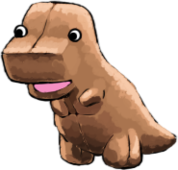 While looking for the princess, Tim visits several different castles she might be in. A greeter welcomes him to every one, but informs him that the princess isn't there, sometimes even questioning Tim's quest for her.